Situated near the airport, just off Surfside Beach, at the beginning of downtown Oranjestad, this open-air plaza was inaugurated in 2013 by Her Royal Majesty Queen Beatrix of the Netherlands and the Royal Family. Facing the island’s main boulevard, large artistic blue and green letters spell out the word Aruba behind the signature red cross-star from country’s flag, making Plaza Turismo (Tourism Plaza) a popular spot to stop and snap group photographs.

Tourists arriving by airplane and looking down over the plaza might notice the welcome mat built below, subtly built into the design of its polished black and white paving stones, arranged like a typical hand-woven tapestry, in a nod to the island’s indigenous heritage. The plaza is also the anchor for the network of tree-lined walking and cycling paths that make up Aruba’s Linear Park—the largest of its kind in the Caribbean. Located just across from the Aruba Tourism Authority (and the ACB), it serves as a central meeting point with easy beach access and ample parking. 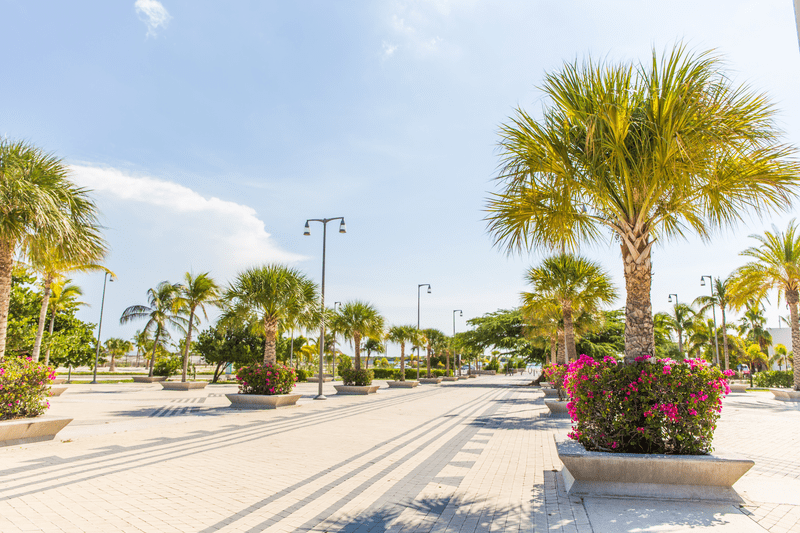 Why Meet in Aruba